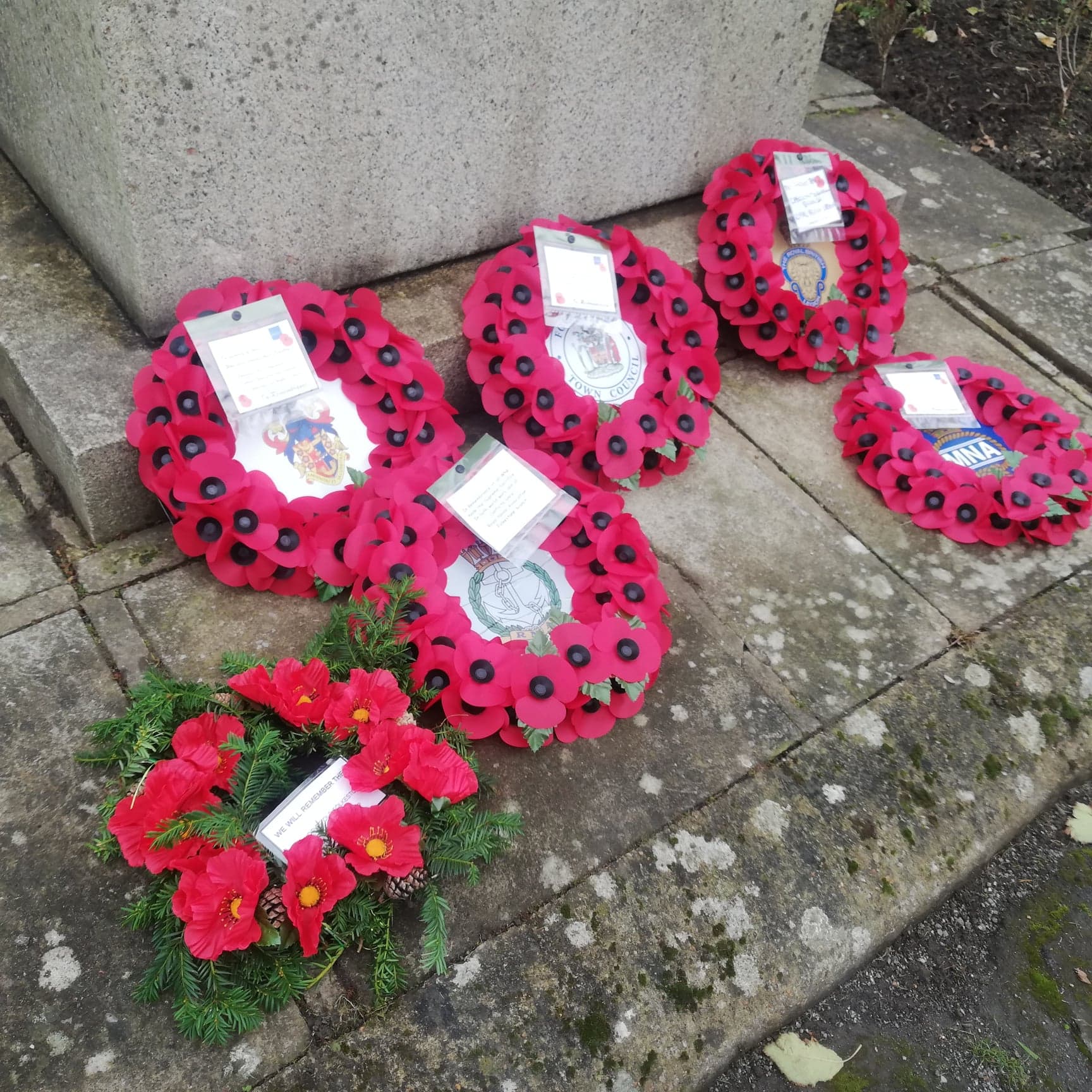 Earlier this year, in the early Covid days when news channels and social media were swamped with Pandemic updates news was received that a significant structure in the old Folkestone cemetery was to be given protected status.

After weeks of research by local volunteers and with support from our MP Damian Collins – a welcome letter was received from Historic England starting “I am writing to inform you that the above building [Machine Gun Corps (Cavalry) War Memorial] has been added to the List of Buildings of Special Architectural or Historic Interest. The building is now listed at Grade II.”.

Standing in the old Folkestone cemetery, just inside the centre gates, the Machine Gun Memorial, made of Portland stone, is in the form of a cenotaph with a shroud draped on top. Below the shroud on the front face of the memorial is the Machine Gun Corps crest in bronze. Below this the dedication reads: To The Glory Of God & In Memory Of The 39 Officers And 458 Warrant Officers, Non Commissioned Officers & Men Of The Machine Gun Corps (Cavalry) Who Fell In The Great War 1914-1919. ‘The Supreme Sacrifice’.

From Historic England: “The Machine Gun Corps (MGC) was formed in October 1915 in response to the need for more effective use of machine guns on the Western Front. The cavalry branch consisted of 26 Machine Gun Squadrons, one per cavalry brigade with the squadrons constituted in February 1916. A depot for the MGC (Cavalry) was formed at Maresfield, East Sussex. The memorial to the MGC (Cavalry) at Folkestone was originally located at the junction of Cherry Garden Avenue and Cheriton Road and was unveiled on 19 February 1921 by Major-General Sir F H Sykes.”

The infantry battalions were equipped with a machine gun section of two Maxim guns, increasing to four in early 1915. The obsolescent Maxim had a maximum rate of fire of 500 rounds, so was the equivalent of around 40 well-trained riflemen. The British Vickers company who manufactured the Maxim could not keep up with the expanding army, producing only 200 new weapons per week at the most. The contract was given to firms in USA which was able to produce guns to Vickers design under licence.

Former machine gunner George Coppard in his autobiography “With a machine gun to Cambrai” wrote: “No military pomp attended its birth or decease. It was not a famous regiment with glamour and whatnot, but a great fighting corps, born for war only and not for parades. From the moment of its formation it was kicking. It was with much sadness that I recall its disbandment in 1922; like old soldiers it simply faded away“.

This year on Armistice Day 11th November, as with every year, a group of veterans, families, civic dignitaries including F&HDC Chairman Ann Berry, and others stood quietly as Padre Stephen Brown led with a short spoken service. Ben-Francis Malcolm Millbery-Jones played a lament on the bagpipes, and the group, keeping social distance at all times, lay their wreaths at the foot of the memorial.