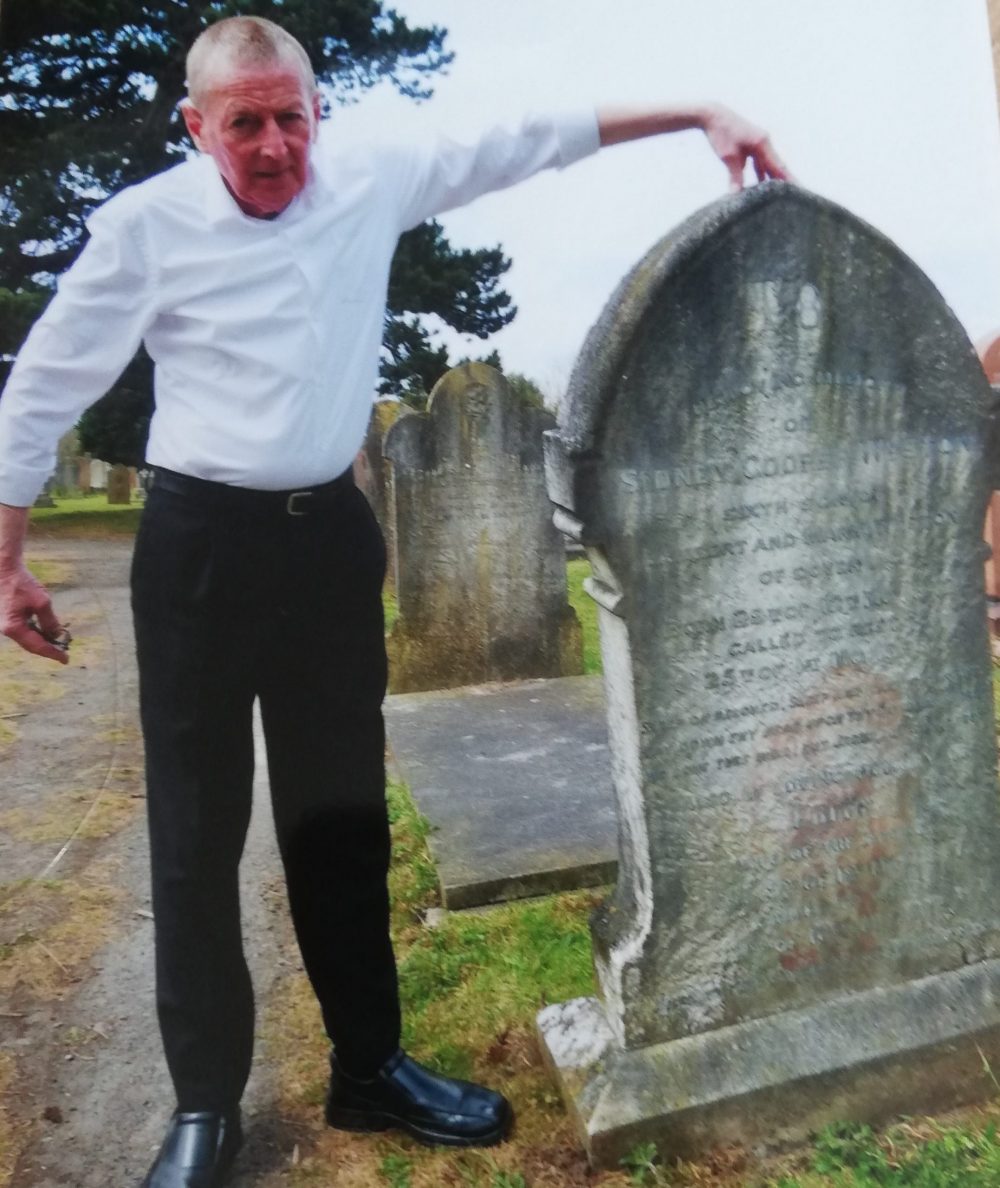 I may have mentioned Bob Mouland in previous articles – I would see him every month, without fail, sitting at the back of the council chambers listening carefully and watching even the most boring district council meetings. And you can’t miss Bob around town, white shirt sleeves folded back, walking quickly as if he is on a mission. Well, I had the pleasure of chatting with Bob again recently, and he was definitely on a mission to make sure we do not forget one of Folkestone’s legends – a perhaps little-known philanthropist – Sidney Cooper Weston.

You may remember some months ago – there were pictures of Bob in the local paper because he started to paint the Sidney Cooper Weston Water Fountain memorial, up on Wear Bay Road? He was just so fed up with this impressive baroque style memorial becoming forgotten and dilapidated that he took things into his own hands, and carefully prepared and painted the lower part (that could be reached) of this memorial himself. This didn’t go down very well with local authorities who pointed out that the memorial is a Historic England listed structure and therefore must have specialist attention for its renovation. But as Bob pointed out at the time – the memorial would eventually fall into rust if it wasn’t painted and as the local authority hadn’t done it – he thought he would. Bob is clearly not one to sit on his hands.

The story doesn’t end there – Bobs research revealed that Sidney Cooper Weston was buried in the old Folkestone cemetery. So Bob, again on a mission, found the old headstone – which was leaning over at a crazy angle, with broken curbstones and with weeds growing across the plot – and paid for stonemasons to clean and renovate the headstone and curbstones, after which he cleared the plot of brambles and planted it with flowers himself.

What stirred Bob into action for the Weston memorial and gravestone you may wonder? Bob said he feels strongly that Sidney Cooper Weston should be considered to be ‘almost a saint’ in Folkestone – because he worked for the town and helped the poor and was known as a ‘tireless temperance advocate’ – Bob thought that if only more people were like this perhaps society would be a kinder and happier place.

When I talked with Bob – the cast-iron memorial up on Wear Bay Road had still not been painted as was promised by the local authority despite the offer of free scaffolding from a local builder.

Note: 21/07/2021 – a coincidence perhaps – but several local people have noted that scaffolding has indeed now gone up around this impressive cast iron water feature and the top half is being prepared for painting, and it looks like the electrics are being sorted out too so that the lamps at the top will work for the first time in many many years.